Menu
A bird’s-eye view of the Future Pensions Act

Home > A bird’s-eye view of the Future Pensions Act

On March 30, 2022, the bill for the Future Pensions Act was presented to the House of Representatives. This bill contains the agreements made by the Minister of Social Affairs and Employment and the social partners in the previous pension agreement. The aim of the amendments is to bring the Dutch pension system in line with social developments and developments in the financial markets. Below we provide a summary of the main points of the bill.

The intended effective date of the legislation is January 1, 2023.

With insured schemes, employers and employee representation have until 1 October 2026. The implementation plan must also be ready by that date.

The latest date by which pension providers must have implemented the agreements is January 1, 2027.

Premium capital agreements, in which the premium is directly converted into insured capital, are no longer allowed for tax purposes. Contribution benefit agreements, in which premium deposits and/or accrued pension capital are converted into guaranteed pensions, are still possible. Such a conversion may, however, be made at the earliest 15 years before the retirement date. Until that moment, investments must be made according to the lifecycle principle.

In the new pension system there will be an age-independent premium, as a result of which the equal annual pension accrual will disappear. In principle, up to and including 2036, the maximum tax contribution will be 30% of the pension base. Premiums for risk coverage and cost surcharges do not count towards this maximum.

Risk premiums may be determined age-related by pension providers, except by mandatory pension funds.

Instead of pension entitlements, everyone is allocated a part of the collectively invested capital. The expected pension is determined on the basis of this personal capital using a projected return. The assets can fall and rise as a result of collective investment and mortality results allocated per age group, whereby the distribution rules must be determined in advance. The pension benefits depend on the imputed results, which means that there is an earlier chance of an increase, but also a chance of a decrease.

If a pension fund has a funding ratio of more than 115% on 31 December of the year prior to entry, then the fund may hold more than 15% solidarity reserve at the start, until 2036 at the latest, as long as this reserve is more than 15%.

The SPR is comparable to a defined contribution scheme with insurers and PPIs. In the accrual phase there is individual capital formation based on lifecycle investing. Solidarity elements, such as collective investment and mortality risk sharing in the payout phase, can be added.

Any disadvantages resulting from the transition to the new pension system must be adequately and cost-neutrally compensated. This must be completed per sector or employer via a mandatory transition plan. If the parties cannot reach an agreement, an independent transition committee will act as mediator and, if necessary, give binding advice. Participants receive personal insight into the expected pension before and after the switch.

If the standard transition path is followed, with the transfer of accrued pensions in the new pension contract, reference can be made in the accountability to legally conclusive substantiation from the legislator.

If a pension fund enters a benefit agreement into a flexible contribution scheme, the participants must be offered a choice between a fixed or variable benefit within one year of the collective value transfer. In that case, retirees already have the opportunity to make this choice.

There will be an option for pension funds to index – under certain conditions – in 2022 if the policy funding ratio is at least 105% (the limit for future-proof indexing is currently 110%). This indexation does not have to be future-proof. The condition is that the social partners must have expressed their intention to enter the new pension system.

The age-dependent graduated scale in a defined contribution scheme may be continued for participants who were already a participant in such a scheme before the transition to the new system (no later than 1 January 2027).

If there is an existing average pay or final pay scheme in a guarantee contract with an insurer, this must be converted to an (age-dependent) premium scheme before 1 January 2027 in order to be allowed to use this transitional scheme. For a pension fund, such a conversion must be made before 1 January 2023.

The new rules regarding the risk coverage of survivor’s pension (see paragraph 9) will apply to all employees.

From now on, the survivor’s pension up to the retirement date will only be insured on a risk basis. Moreover, it will be independent of service time, and based on the entire salary (so no deduction of a franchise). The maximum fiscal partner’s pension is 50% of the salary. The orphan’s pension has a fixed final age of 25 years, and is a maximum of 20% of the salary.

In addition, the definition of partner concept is being standardized. A partner is the spouse, registered partner or adult person with whom a joint household is conducted. There must be talk of a sustainable household, in which partners take care of each other.

A partner statement will be introduced with which cohabiting partners can declare that they run a joint household (living at the same address) and take care of each other and that they want to be seen as partners in the context of the pension scheme. Such a partner statement may also be submitted to the pension provider after the participant’s death, with which the surviving partner demonstrates that the partner concept was met.

If the pension scheme provides for this, the entire pension scheme (including risk cover) can also be continued voluntarily at its own expense. There is no longer a maximum term. Employers’ and employees’ representatives can, however, impose restrictive conditions on this, in order to prevent the withdrawal of the death risk premium from using up too much of the pension capital.

The premiums for annuities and bank savings (3rd pillar) will be expanded and aligned as much as possible with the tax rules of the 2nd pillar. The fiscal scope is thus equal to the maximum of 30% of the pension base less the pension premium actually paid in the pension scheme (excluding compensation premium). Catch-up scope may be used from 2023 up to 10 years ago (i.e. with retroactive effect from 2013) and the maximum annuity premium will go to € 38,000.

All pension funds must have a complaints and disputes procedure. This must be an accessible, free and fast procedure that strengthens the legal position of the participant. In addition, during the transition period (2023-2026) a connection must be sought with an external independent disputes committee, in case the internal complaints handling does not lead to a satisfactory solution.

In the context of informing participants, pension providers are given more freedom with regard to the texts and design of the UPO (Uniform Pension Overview) and the Pension-1-2-3.

With the open standard for choice guidance, pension providers are encouraged to guide participants in making choices for the pension scheme.

It will be possible to have a maximum of 10% of the retirement pension paid out in one go. Only if a participant starts his pension in the month of his AOW date, or the 1st of the following month, he may postpone this payment until the next calendar year. With this he can avoid having to pay a high wage tax (incl. AOW premium).

Currently, pension equalization in the event of divorce is the standard. The ex-partner becomes the beneficiary of 50% of the retirement pension accrued during the marriage period, which is paid out if and for as long as the participant is alive. It is suggested to change the standard in conversion. The pension is then no longer dependent on the participant. The ex-partner will then be entitled to a retirement pension if and for as long as the ex-partner is alive. Due to the changes, in particular to the partner’s pension in the new pension system, the intended effective date of this separate bill has been postponed to January 1, 2027. There are, however, a number of bridging measures.

Much has already been said and written about the new pension system in the media. We could also give our opinion on the various aspects of the bill. However, it seems that we have to make do with this legislation. Of course, the bill still has to be piloted through the Senate and House of Representatives.

We’ve been busy over the past year preparing pension funds for the biggest pension reform of all time. Gradually, it is also time for employers with insured pension plans to prepare for the changes. Together with the employee participation bodies, they must start thinking about the employment conditions pension from the ground up. Naturally, Bell’s consultants are happy to assist you in preparing your pension scheme for the future. 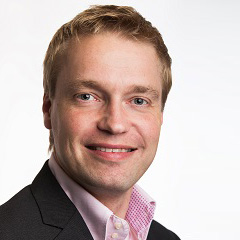